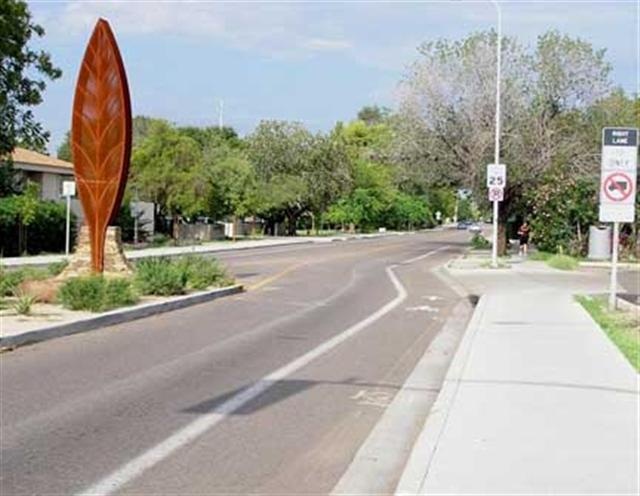 The ¾ mile long project area includes 13th Street between Mill Avenue and Hardy Drive. The overall goal of the traffic-calming project was to make 13th Street a better place for bicyclists and pedestrians by providing improved facilities while reducing the speeds and volumes of vehicular traffic.

Funding sources for the project include Federal CMAQ funds totaling $705,000. The remainder of the funding was obtained from the Tempe Capital Improvements Fund. The approximate total cost for design and construction is $2 million. The project was completed in 2006.