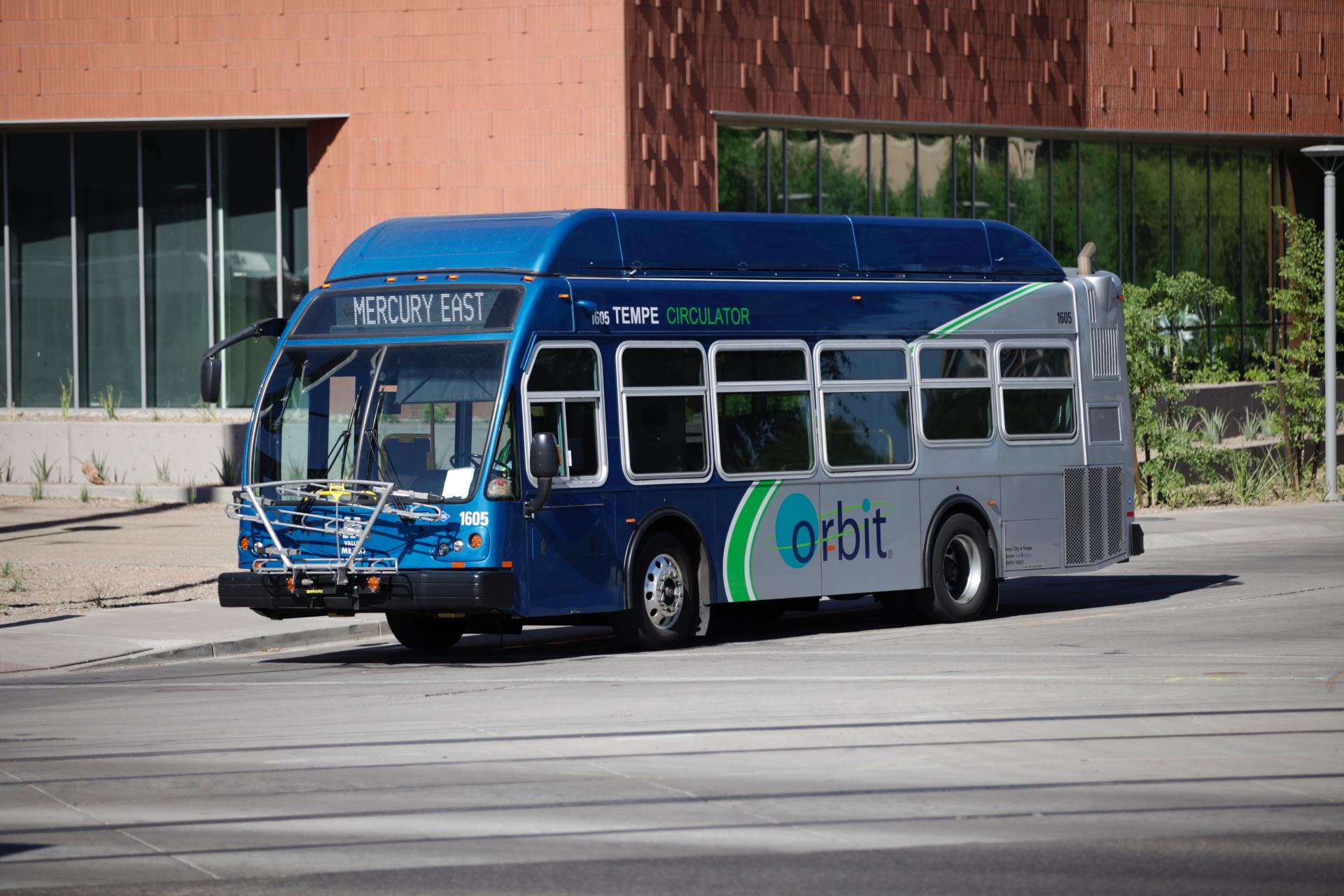 Orbit serves neighborhoods and connects people to local destinations such as shopping areas, other neighborhoods, major bus routes, schools and multi-generational centers for free. There are six Orbit routes: Mercury, Venus, Earth, Mars, Jupiter, and Saturn. All routes operate seven days a week, 365 days a year with 15 minute frequency on most routes.

The Orbit routes use “flag” stops, which means that the driver will pick up and drop off passengers in neighborhoods as long as it's safe. Passengers should wave at the driver to let him or her know that they would like picked up. On major streets like Mill Avenue, University Drive and Broadway Road, designated bus stops should be used. To get off the bus in a neighborhood, passengers should pull the cord located near the windows. On major streets like Rural Road or Priest Drive, designated bus stop should be used.

No Stop Zone Policy: When 15 mph speed limit signs are posted in a school zone, the Orbit will not stop in between the signs. During all other times, the Orbit may stop within the school zone.

For Orbit complaints or suggestions, please call 602-253-5000 or email Valley Metro at csr@valleymetro.org.