On Nov. 8, 2014, the City of Tempe dedicated a new bus shelter in front of Tempe City Hall to the memory of Mary O’Connor, a long-time Tempe resident and city employee who devoted much of her career and personal life to improving transportation alternatives for people who live in Tempe and well beyond its borders. 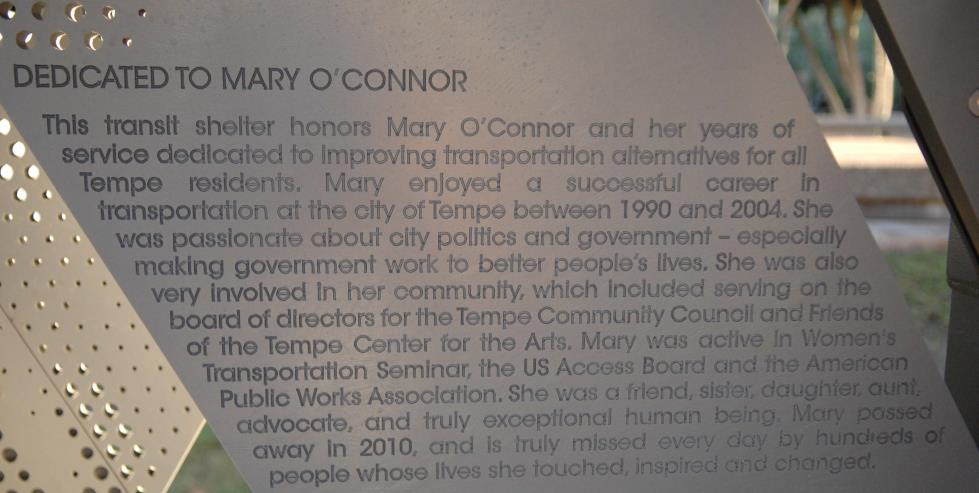 Shortly after O’Connor passed away in 2010, her vast network of friends and colleagues set to work raising funds and looking for a way to honor her memory. The design concept for the bus shelter was created pro bono by a team of architects from local firms Architekton and Asteriskos. Using interweaving strips of perforated material, the design is meant to represent O’Connor’s generosity.

O’Connor was dedicated to her community in many ways, serving on the boards of directors for the Tempe Community Council and Friends of the Tempe Center for the Arts.  She was active in Free Arts for Abused Children, Women's Transportation Seminar, the US Access Board and the American Public Works Association.

Funding for the shelter was raised by Tempe Community Chest. Major contributors include Urban Solar Corp. and 180 Degrees.