Listen
A Mountain/Hayden Butte Pride from City of Tempe, Arizona

With its long history as a home to Native Americans, homage to ASU and central location, "A" Mountain, officially named Hayden Butte Preserve, is dear to many. Located on the southeast corner of Mill Avenue and Rio Salado Parkway, Hayden Butte is one of Tempe's most popular outdoor areas and is a quick jaunt to take in a beautiful view of the city. The butte is culturally-significant to three communities: the people of Tempe, Arizona State University students and alumni, and the Salt River Pima-Maricopa Indian Community. 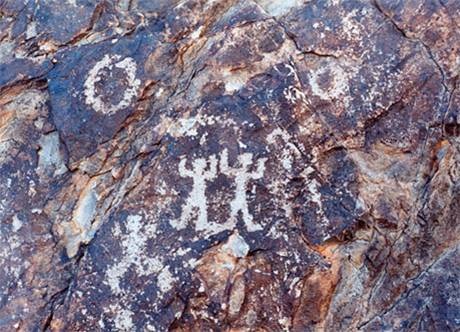 Hayden Butte Preserve contains approximately 500 petroglyphs, or rock art images, that were made by the Hohokam between A.D. 750 and 1450. The Hohokam, who were the prehistoric inhabitants of this area, built hundreds of miles of irrigation canals, cultivated corn as their main crop and lived in many settlements both large and small throughout the valley.

La Plaza was a large Hohokam settlement at the base of Hayden Butte. Many remnants of this settlement were discovered during archaeological excavations that were done in preparation for the light rail and transportation center on Fifth Street.

Today, the Salt River Pima Maricopa Indian Community considers Hayden Butte to be a sacred place and a link to its ancestors.

Charles Trumbull Hayden
Hayden Butte got its name from Charles Trumbull Hayden, who is often credited as being the founder of Tempe. Hayden opened a ferry service and a flour mill at the base of the butte in the late 1800s, along with a general store. His former home, located on the west side of Mill Avenue and Rio Salado Parkway, is just a short distance from Hayden Butte.

Arizona State University
Arizona State University first became involved with the butte in 1917, when students of the Tempe Normal School (what is now ASU) began the tradition of a Lantern Walk, which involved the passing of the torch between first and second year students.  The Class of 1918 installed the first letter on Tempe-Hayden Butte: a large “N.”  In 1925, the "N" became a "T," as Tempe Normal School changed its name to Tempe State Teachers College.

It wasn't until 1938 that an “A” first appeared. It was formed from loose rocks and soon after, the fall ritual of whitewashing the "A" began.  In 1952, the “A” was dynamited into tiny bits and completely annihilated by vandals. In 1955, when the college was named Arizona State University, a new "A" was built. It remains today. The reinforced steel and poured concrete "A" measures 60 feet from base to top.

ASU Sun Devil Stadium is another dominant feature of the butte. In 1958, architect Ed Varney designed the football stadium to fit in the saddle between the two peaks of the butte. The east side of the butte was partially excavated in order to accommodate the construction.

Hayden Butte Preserve
The City of Tempe declared Hayden Butte a park in 1973. The 25-acre park offers wonderful views of Tempe and the surrounding cities, Papago Mountains, Camelback Mountain, Rio Salado or Salt River and much more. The Leonard Monti Trail, dedicated in 1994, winds up the side of Hayden Butte and is named after the founder of the former Monti's La Casa Vieja Restaurant, which enveloped, and included in its footprint, the former home of Charles Trumbull Hayden.

Because of its significant historical and cultural significance, as well as the abundant desert fauna and flora, Tempe designated the landmark as a preserve in 2002. This protects the butte's future while maintaining its connections to the past. 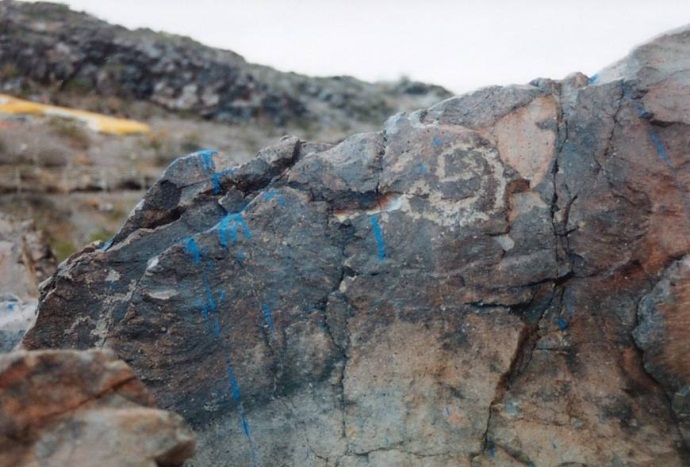 The accessibility of Hayden Butte ("A" Mountain) to hikers can be problematic. People are crushing the fragile desert beneath their feet by leaving the trails. Others are ruining ancient petroglyphs with graffiti.

It has cost the City of Tempe as much as $20,000 annually to try to restore the damaged petroglyphs. Boy Scouts, ASU students and other groups help with litter clean-up and landscape rejuvenation.

To help people enjoy the historic Hayden Butte without damaging it or themselves, the City of Tempe is asking people to have some pride in their mountain and follow some simple guidelines:

• Stay on the trail
• Stay hydrated