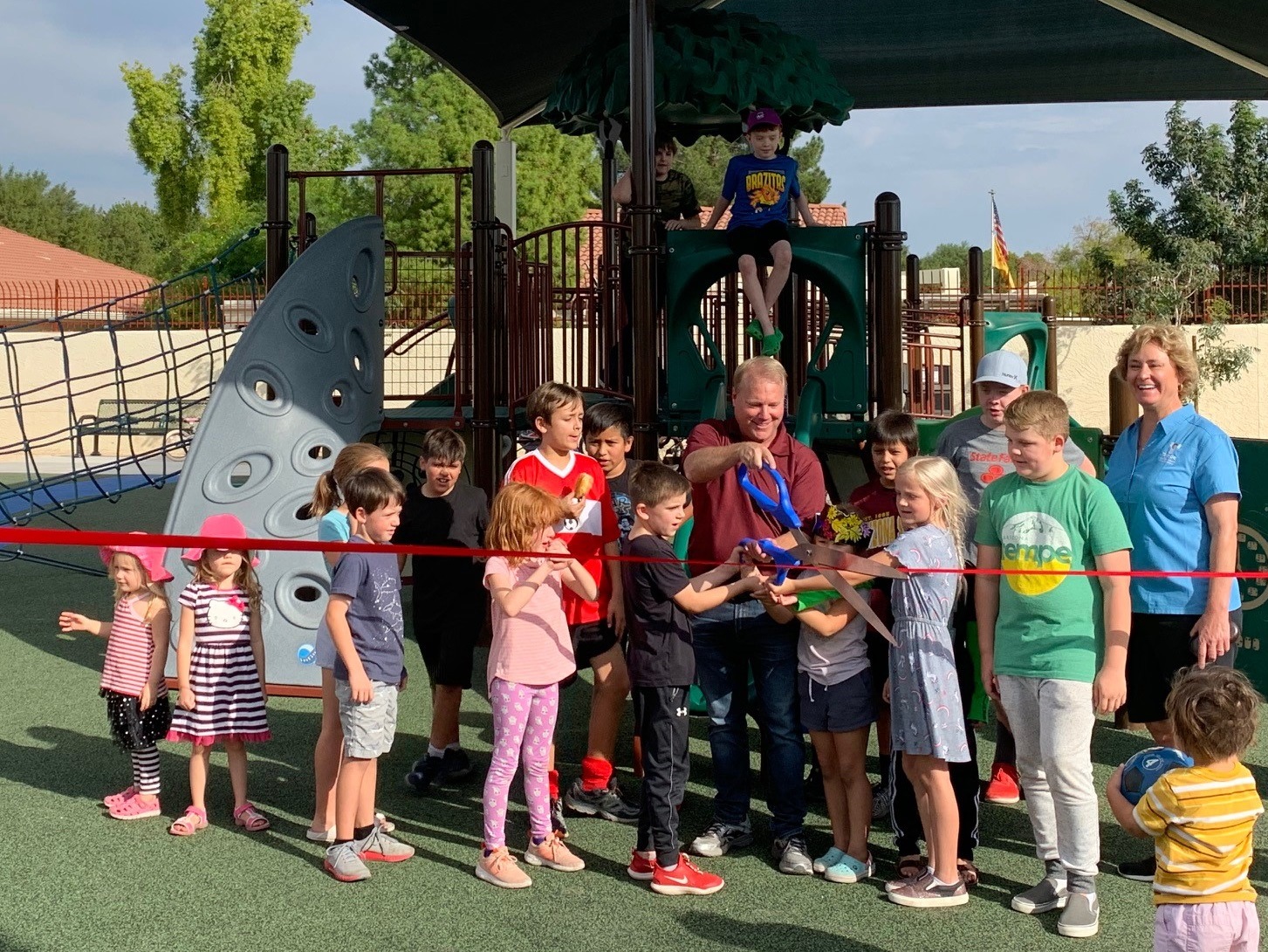 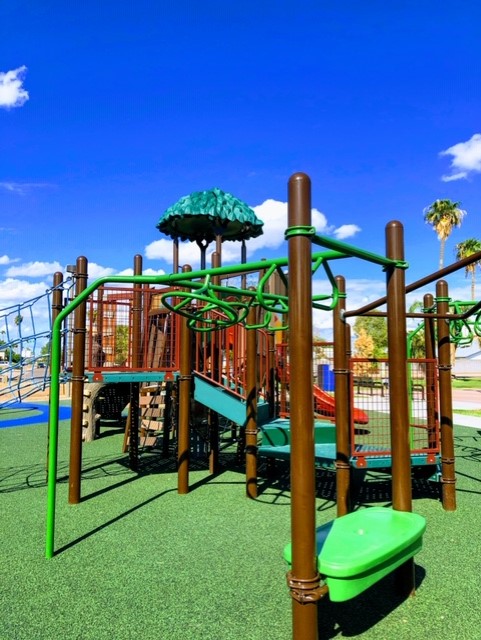 Construction is complete on improvements to Ehrhardt Park. Thank you to those who joined us at the November 16 re-opening.

Construction began March 11 on the new playground and park improvements at Ehrhardt Park. The green retention area and access to the canal path is now open to residents and includes new irrigation, turf, drainage systems, and many new trees.  The playground area will continue to be completely fenced and off limits until all work, including turf reconstruction, has been completed.

City improvements to the park include a complete renovation of the playground (design above), accessible walkways into the park, a new scored CMU block ramada, new lighting in the playground area, and three adult fitness stations. The improvements are funded out of the city’s Capital Improvement Program budget, as part of the Parks Improvement Plan, which is reinvesting more than $60 million into Tempe parks over the next few years . Additional modifications or enhancements to other park amenities are not included in the budgeted amount.

In the fall of 2017, the City of Tempe held two public meetings and collected online comments to collect feedback on improvements to Ehrhardt Park. Based on this outreach, designs were developed for the park improvements. Conceptual plans for a community garden were also shared in 2017.  Revised community garden plans were shared at an additional public meeting in February of 2019. The City of Tempe and Friendship Village of Tempe are currently in the planning phase for leasing and construction of the proposed community garden area. Friendship Village will be funding the garden improvements. Stay tuned!