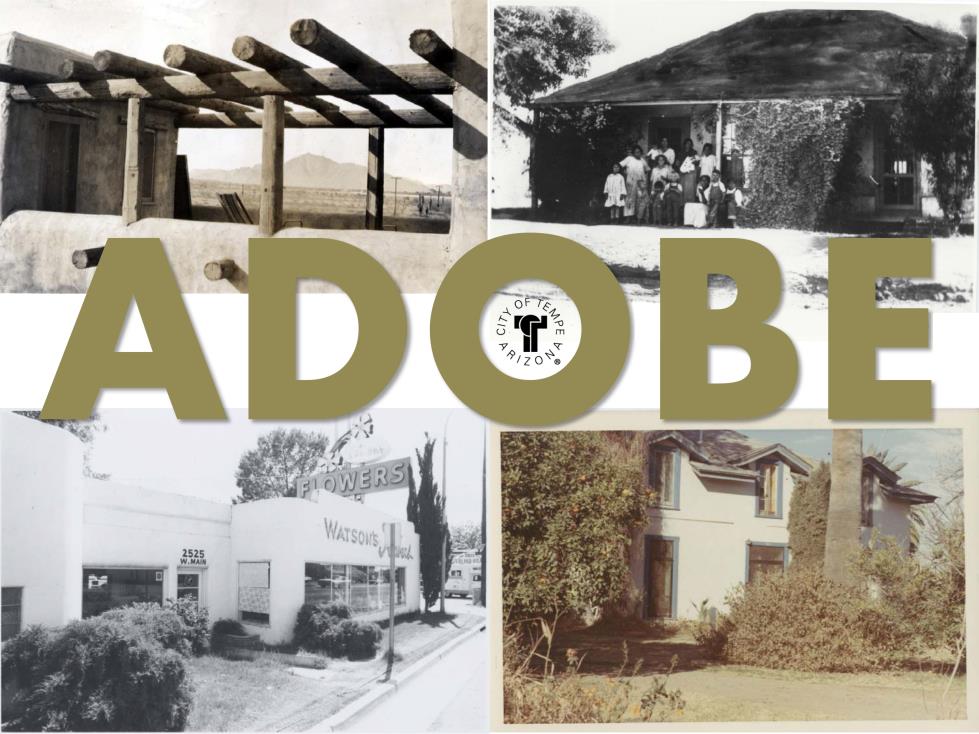 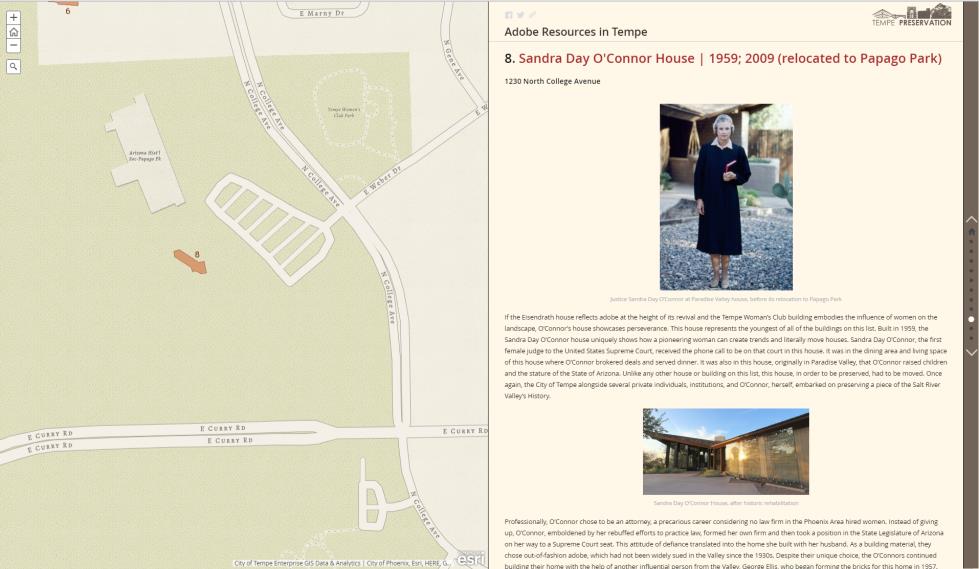 Noted architect, Frank Lloyd Wright once said, “Every great architect is - necessarily - a great poet. He must be a great original interpreter of his time, his day, his age.” While Wright may not have been talking about adobe, his words have striking meaning in the Southwest. Adobe bricks, often free-formed and shaped by human hands have left an indelible mark on the landscape, character, and history of Tempe. Simply made and locally sourced, adobe remained as the foundation of construction in the City of Tempe until the 1890s with a brief resurgence in the 1920s and 1930s.

In the 1890s, the railroads brought in traditional, eastern building materials and the residents of Tempe, along with the rest of the Valley, abandoned adobe. Still, the first four homes on this list represent life in the early days of Tempe. The next two buildings represent adobe’s resurgence in Tempe. Moreover, the Watson’s Flowers Building, built in 1920, shows the versatility of adobe as not just for housing, and the Rose Eisendrath House, built in 1930, exhibits the beginnings of a deep connection between the Phoenix area and Chicago.

Despite the positive attributes of adobe, by the 1950s, house-building and construction in general again moved away from adobe. The changing tides did not prevent one Arizona trailblazer from constructing her family’s home from adobe made from the nearby Salt River. Sandra Day O’Connor, along with her husband John, built their home in Paradise Valley with adobe in 1959 and under threat of demolition moved the house to Papago Park’s Carl Hayden Campus for Sustainability within the City of Tempe. Once again, adobe construction is on the rise as people realize how valuable a resource adobe can be. However, before examining adobe’s rich history within the City of Tempe, we should look at just what adobe is. 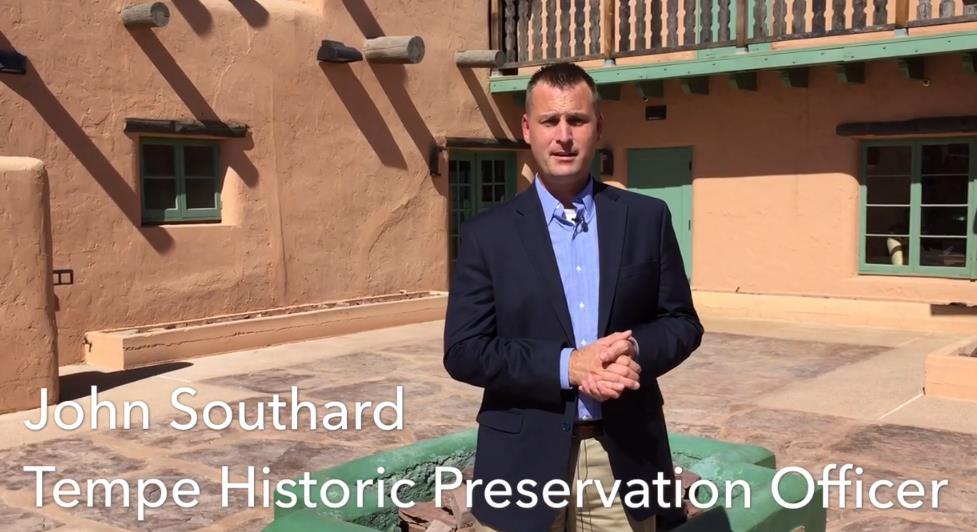 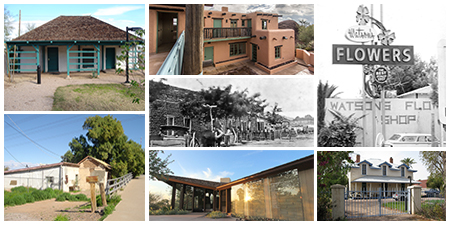 Adobe construction in the City of Tempe has humble roots. As a sustainable building material, many of the city’s earliest residents used Adobe to craft their homes. Though this early adobe construction, which began prior to the 1880s, did not last past 1900 in most quarters of the town, it did experience a resurgence in the 1920s and 1930s. Remodels, such as the one done by Robert T. Evans to La Casa Vieja in 1924 or his work in the construction of the Rose Eisendrath House in 1930, definitively show that adobe, once again, grew in popularity. Popular or not, the adobe structures in Tempe clearly show its versatility. From humble homes along the Salt River to stately mansions and from restaurants to flower shops, adobe proved to fit the needs of many.

The greatest strength of adobe resides, paradoxically, in its longevity. Many believe that adobe is an inferior product, susceptible to collapse through the slightest contact with moisture. Instead, what the building stock in Tempe shows is adobe with careful maintenance stands the test of time. All of the buildings on this list are older than 50 years with over half of the buildings at least one hundred twenty-five years of age with various levels of care and oversight. Ultimately, adobe shows that, from architecture to insulation and from durability to versatility, it is suited for the harsh desert conditions of the American Southwest. 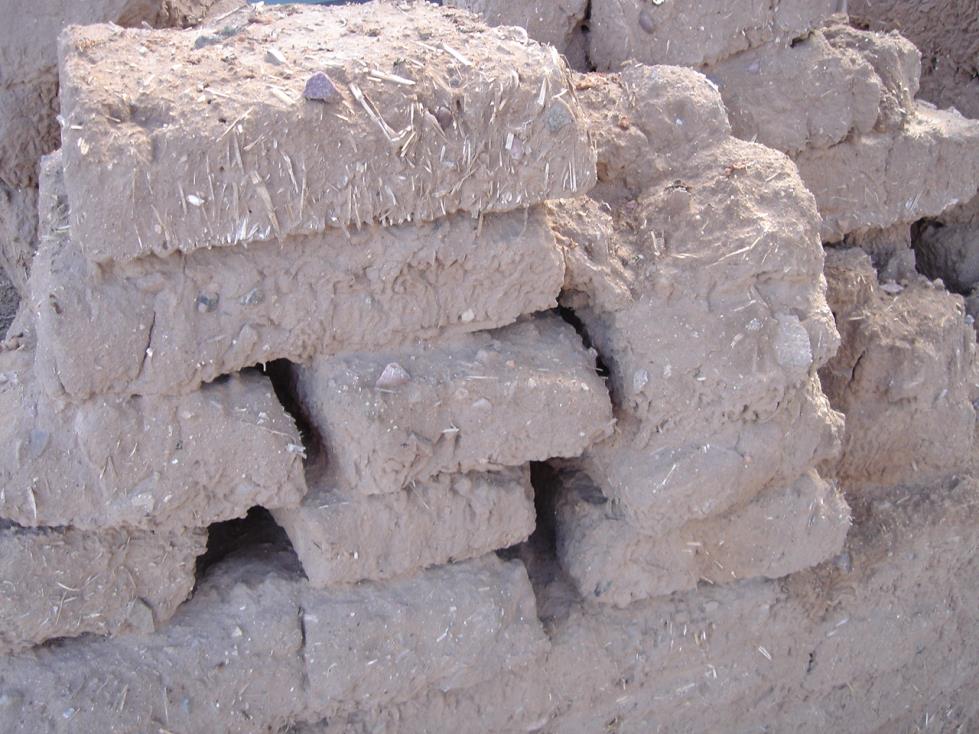