Get your city news emailed to you. Sign up now.

During any given week at Escalante Park, there are familiar scenes: school kids play soccer, volunteers toil away in the community garden, parents host birthday parties, friends meet up for an evening walk, families gather at the playground.

It wasn’t always this way – not for years.

But what once was an underutilized park with a history of safety concerns is now a vital community center that draws people from across the city for activities, recreation and playtime.

Community members and city officials credit a range of activation strategies for the transformation of Escalante Park, including playground and field improvements, new lighting, the community garden operated by Tempe Community Action Agency (TCAA) and plenty of programming to draw people to the park and nearby Escalante Multi-Generational Center.

Another effort was the addition of private security guards, who provide regular foot patrols and engage with park users. As they do at other locations in the city, the guards respond immediately to incidents, help connect people with services and initiate calls to police as needed.

Combined, the efforts at Escalante have eased safety concerns and welcomed people back to the park.

“What does a park need? It needs people enjoying the park,” said Gretchen Reinhardt, chair of Escalante Neighborhood Association. “I’ve had lots of people tell me how wonderful it is to have our park back.”

The City of Tempe believes everyone has a right to clean, safe parks. Serious concerns have been expressed in recent months about escalating illegal and unsafe behaviors in city parks. Residents have voiced that they feel fearful and unable to use their parks.

Tempe leaders have viewed this as unacceptable. The city has invested millions of dollars in neighborhood park renovations in recent years and that investment should be protected, they have said.

To address concerns, the city is engaged in new and ongoing efforts to ensure that parks citywide are cleaner, safer and open to as many people as possible.

“The transformation at Escalante Park shows what is possible at other parks with strategic activation and community partnerships,” said Alex Jovanovic, who manages the Escalante Multi-Generational Center next to the park. “It has had a positive effect on our center because more people using the park means more people coming in to check out what we have to offer too.”

One of the newest efforts is expansion of private security at select city parks. Guards with the private security firm G4S have been in place at Escalante Park, Sixth Street Park, Tempe City Hall and the Tempe Public Library for several years. The city added patrols at Jaycee Park in July.

A pilot program is increasing the private security rotations to additional city parks that have experienced higher calls for service and resident complaints about litter, disruptive conduct, off-leash animals and other issues. This program is intended to prevent and resolve disruptive behaviors and illegal activity.

Security is just one piece of a multi-pronged approach in city parks. Other key activation efforts at city parks include:

Center of the community

The transformation at Escalante Park didn’t happen overnight. It took community involvement and multiple efforts to bring about change over the years.

Reinhardt, chair of Escalante Neighborhood Association, is quick to note that every neighborhood and park is different and what works at one may not work at another. But the enhancements and private security have made a dramatic difference at Escalante, boosting activity and allaying fears over safety, Reinhardt and others said.

“It’s night and day,” said Councilmember Joel Navarro. “The park is back to where the neighborhood can use it.”

Police are reporting fewer problems at Escalante and the park has become a hub of positive activity.

The presence of security has contributed to a significant reduction in incidents at Escalante Center and the park, with the total number dropping to 363 in 2017 from 603 in 2016.

Meanwhile, a full range of enhancements have taken place at Escalante Park. They include a park and field remodel, field lighting, a new walking/jogging path, replacement pieces for the playground and a new volleyball court with lighting. The park also features a large community garden, highlighted by a colorful garden-themed mural, that supports TCAA's food pantry.

Earlier this month, the Tempe Public Library installed the newest amenity at the park: StoryWalk. It’s a rotating book that is presented page by page along the park’s walking trail to promote reading and exercise.

“The joint goal was to have families and kids utilize the park,” said principal Marissa Schneckloth. “The more people you have utilizing the park, the less likely you are to have vandalism or crime or whatever it is.”

These days, Escalante Park is busy with school kids and their families.

A district-wide fifth grade soccer league plays its games at the park, drawing families from across the city on weekends. Thew students involved in Girls on the Run, a program that promotes fitness, practice at the park after school and their families often use the walking path while they wait. And choir students perform for seniors at the multi-gen center.

Thanks to the addition of lighting, families also enjoy the park in the evening, Schneckloth said.

Steve Klug, chairman of the nearby Alegre Neighborhood Association, is a regular volunteer at the community garden at Escalante. The security guards are a welcome addition for many reasons, he said. Beyond being on the lookout for any safety issues, they also let him know if something has been left out in the garden or they shut the garden gate if someone accidentally left it left open.

“It’s just nice to know that someone is there on a regular basis walking around, keeping an eye on things,” he said.

“Anybody who’s there all the time has a better idea of what’s going on, who the people are, what the neighborhood expects versus having somebody come into a situation where they don’t really know the neighborhood,” Klug said. “That’s a big plus.”

Before all the changes at Escalante Park, Reinhardt said people were reluctant to report problems to police for various reasons, such as fear of someone finding out.

“It’s just easier for people to turn their backs and say ‘OK that’s not my space anymore. I’m just going to keep my kids at home and never go to the park anymore’,” Reinhardt said.

“We’re really committed to it being for everybody,” she said. 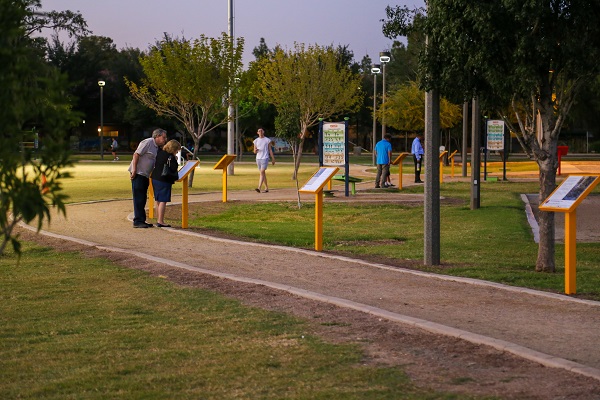 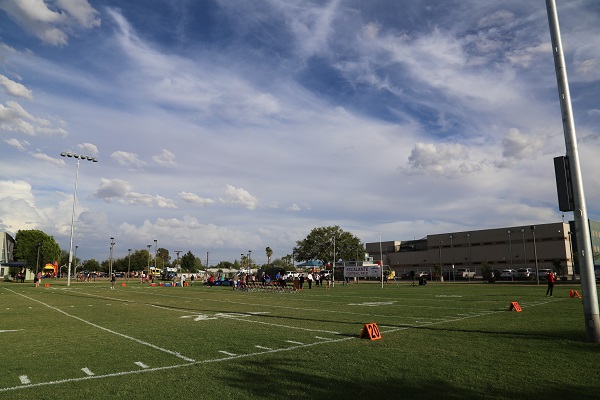 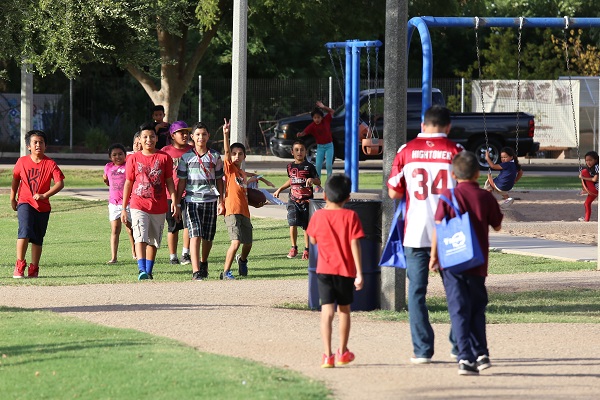 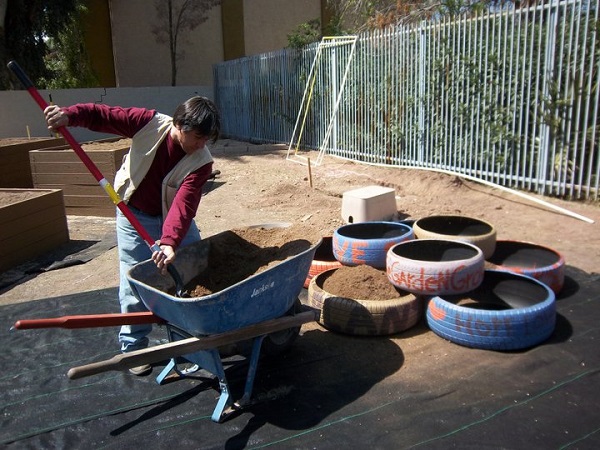