Ensuring safe streets for all pedestrians, bicyclists and motorists 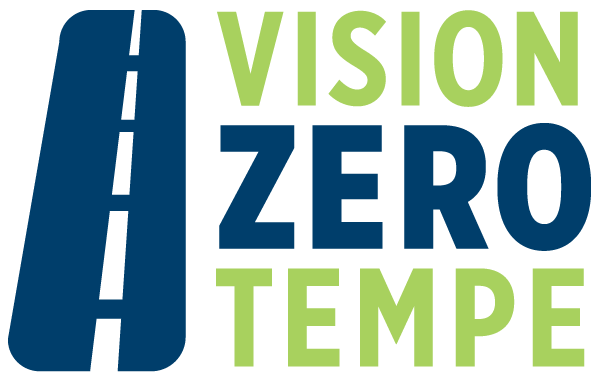 TEMPE, Ariz. (March 17, 2018) – In the past six years more than 60 people have lost their lives on Tempe streets and more than 400 were seriously injured due to traffic accidents. Earlier this year, the Tempe City Council unanimously voted to adopt a Vision Zero framework resolution, becoming the first city in Arizona to do so.

Vision Zero is a traffic safety policy that takes an ethical approach towards achieving safety for all road users. The goal is to achieve a reduction in the number of fatal and serious injury crashes to zero in Tempe, because no loss of life is acceptable.

Vision Zero started in Sweden in the late 1990s and has since expanded around the globe, including major U.S. cities such as Los Angeles and New York City. It is the belief that traffic deaths are preventable and severities can be reduced.

The Tempe Transportation Division is developing a comprehensive framework, with the goal to have it completed in the next 12 to 18 months.  As part of the development, Tempe will work with numerous stakeholders, including Tempe police, fire medical rescue, schools, hospitals and businesses.

Vision Zero aligns directly with the Council’s Safe and Secure Communities priority to achieve a reduction in the number of fatal and serious injury crashes to zero.