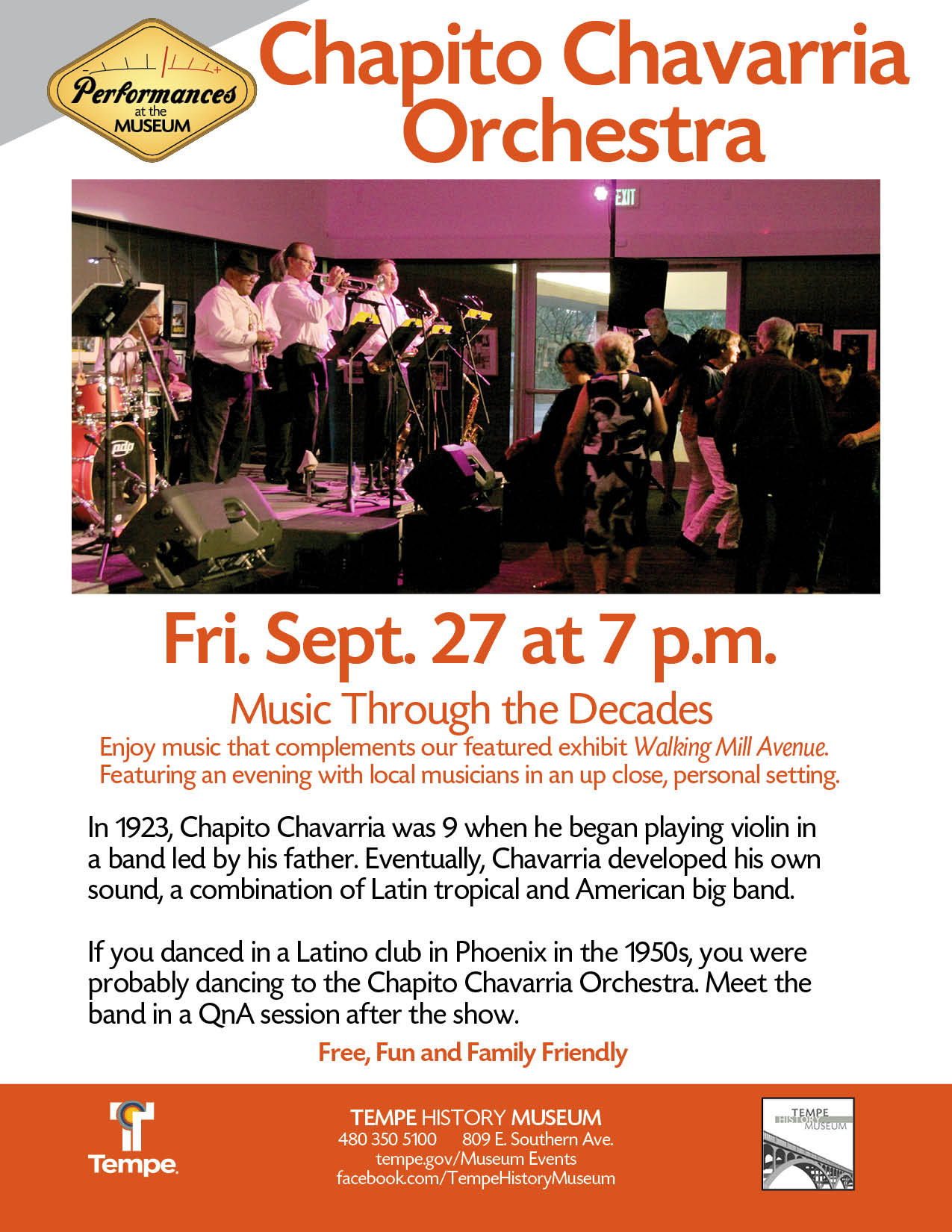 PERFORMANCES at the MUSEUM

In 1923, Chapito Chavarria was 9 when he began playing bass and violin in a band led by his father, Pablo, who had moved the family to Tempe. Eventually, Chavarria developed his own sound, a combination of Latin tropical and American big band. For four decades beginning in the late 1940s, Chavarria was the top draw in the Valley's Latino music scene. If you danced in a Latino club in Phoenix in the 1950s, you were probably dancing to the Chapito Chavarria Orchestra. The orchestra still plays around Phoenix at festivals and cultural events. Join us for this special performance. Free, fun and family friendly!